MPServer duplicates client requests to all backend servers. Then, it starts to filter backend servers replies, choosing the first valid reply and sending it to client. Backend servers replies are filtering out using regex-based DPI.
Usually, you only need to define such regex according to your protocol specs.
OpenVPN(TCP and UDP), SOCKS5, HTTP and L2TP/IPSec sample configs (with regex) are available in examples directory.

Goal: Authenticate client on one of the backend servers. Filter out the rest of servers.

Client sends to MPServer SOCKS5 Auth request which looks like this (HEX):

MPServer duplicates it and sends to all of backend servers.
Then it start to receive replies from servers. Imagine all of servers reply this:

Which means all of servers supports this auth method and waiting for auth. 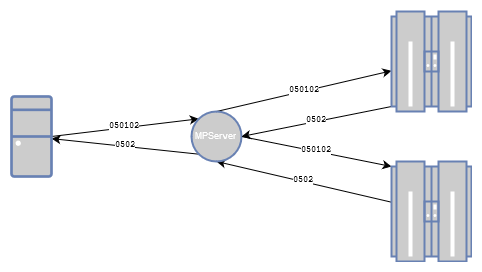 MPServer again send it to all servers and starting to receive their replies.
Imagine, first server replied this:

Which means client was successfully authenticated.
We don’t need to wait for rest of replies. We can filter other servers out by defining the following rule in MPServer config: 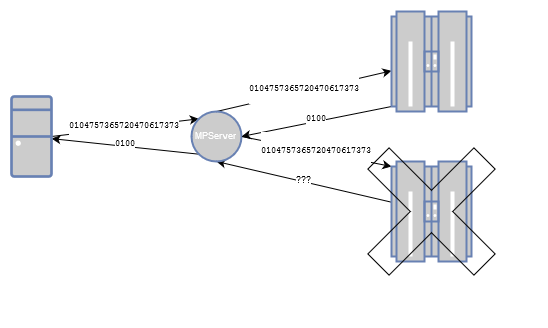 From this time client communicates (through MPServer) with only one server and MPServer acts like a classic Reverse Proxy.